The Mediterranean Truth or Lie

Exhibition by students of the Academy of Fine Arts and Design, opening

Slovenians usually define ourselves either as part of Central Europe or as part of the Balkans, depending on the current situation in the country. However, we often forget how integrated we are in the economically and strategically important Mediterranean area.
The region is shared by 22 countries. Historically speaking it has been secured among the high cultures of Egyptians, ancient Greeks and Romans and the skills of excellent mariners Phoenicians who invented alphabetic writing. Currently, the Mediterranean is not at a standstill and never has been. The war in Syria, the unsolved Palestinian question and the instability in Northern African countries have turned this idyllic area into the epicentre of the refugee crisis, and the Sea into one of the busiest migrant paths.

Students of the master degree graphic design programme at the Academy of Fine Arts and Design, University of Ljubljana, have been working on a series of posters exploring the role of the Mediterranean in today's society that exceeds summer holidaying and good food. The project celebrates the Mediterranean as a key cultural nest on the one hand, and as a major open wound on the body of humanity on the other. 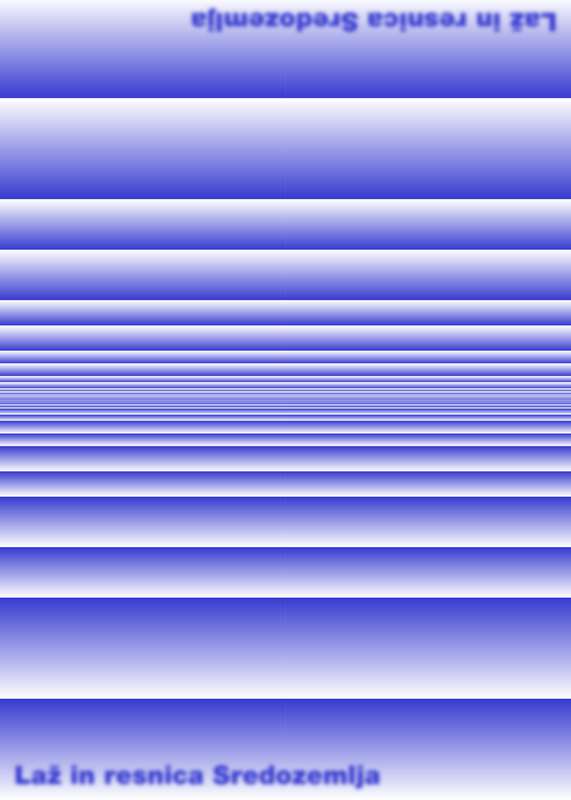