_nybble_ is an audiovisual, formal and spatial performance which aesthetics fluctuates between "digital minimalism and organicity". Two poles of a same continuum. The formal fluctuation is made by a generative visual where various forces impose, to a particle system, both natural movements and more or less complex geometric movements. The modular synthesizer replaces the musician in the heart of the proposal and brings the musical fluctuation desired by the project. The stage design allows the audiovisual medium to deploy in space via a specific structure composed with 4 transparent screens and 4 points of sound diffusion. It offers to the public a quadriphonic and quadriscopic image for a total synaesthetic experience.

Alex Augier is an electronic musician based in Paris. His work focuses on hybrid digital aesthetics in a musical and transversal perspective, including sound, visual and formal elements. These elements interact with the stage space, himself, and take mainly the form of singular audiovisual performances. He defends an overview of the creative process where design, programming and technology are an integral part of the artistic project. His works have been presented at international festivals including Scopitone (Nantes), Elektra (Montreal), Digital Choc (Tokyo), Manifeste (Paris), KinoBeat (Porto Alegre), Athens Arts Digital Festival (Athenes), Open Source Art (Gdansk), Némo (Paris).

_nybble_ audiovisual performance is an event ahead of the SONICA Festival. Alex Augiera's visit has been supported by SHAPE platform. 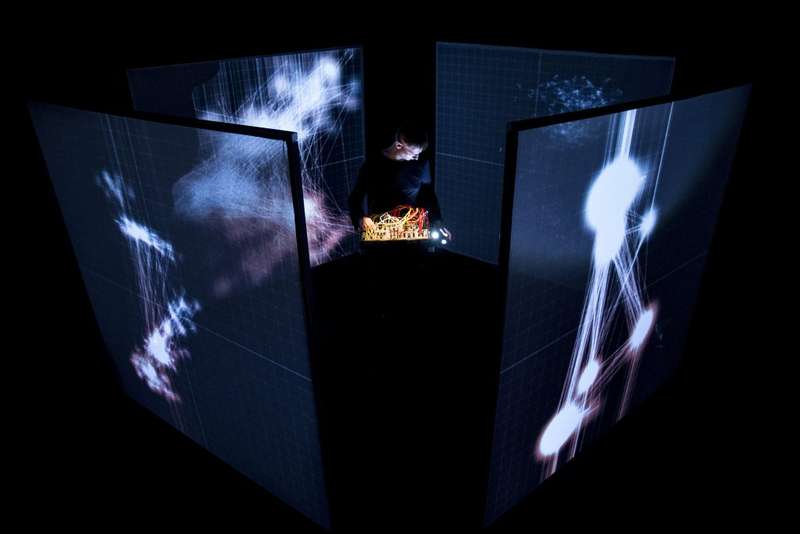